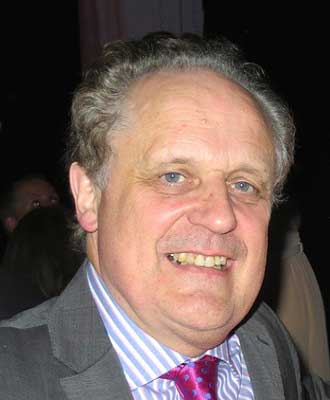 Professor John Field, PhD, FRCPath has a Personal Clinical Chair in Molecular Oncology at the University of Liverpool.  He is a Visiting Professor at University College London, holds the post of Director of Research of the Roy Castle Lung Cancer Research Programme. He is the Chief Investigator for the UK Lung Cancer Screening Trial (UKLS). Previous Chair of the IASLC Screening Prevention & Early Detection Committee and he formed IASLC Strategic Screening Advisory Group. Member of the ILCCO Steering Committee. He was presented with the IASLC Joseph Cullen Award at the WCLC 2011, in recognition of lifetime scientific achievements in lung cancer prevention research. He is Co-Chair of the IASLC Strategic Screening Advisory Committee and Co-lead on the IASLC Early Lung Cancer Imaging Confederation (ELIC) project.

He is the principle investigator of the Liverpool Lung Project, a molecular- epidemiological study into the early detection of lung cancer (~14,000 recruited), funded by the Roy Castle Lung Cancer Foundation. The UKLS and the LLP form part of the NCRI Lung Cancer portfolio. A Partner in the FP7 CURELUNG and LCAOS projects and co-applicant on the recently funded NIH U19 programme grant; also contributed to the lung cancer genetic susceptibility ‘Lung Oncoarray’ project. He is also heavily involved in the identification of molecular diagnostic markers in lung and head & neck cancers. His research funding has been provided mainly by the RCF, NWCRF, MRC, CRUK, EU, NIH and the HTA.

Professor Field is the author of over 300 international (peer reviewed) papers in his area of expertise and has given more than 350 presentations at medical and scientific conferences around the world (H Index 66).