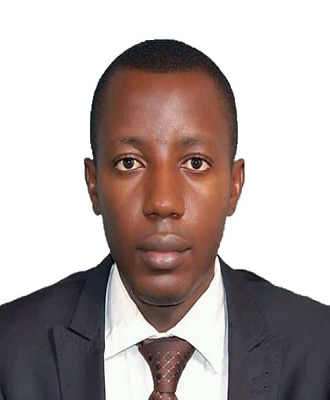 Abstract: This study was designed to apply measured and theoretically derived models for computing optimum tilt angle, maximum incident solar radiation and global radiation index in Fig Tree station, Zambia; Sub-Sahara Africa and Mediterranean region. As a result, two Silicon irradiance sensors were used for measuring global tilted irradiance for cleaned and soiled solar collectors as well as two thermopile pyranometer employed for measuring global solar radiation on the horizontal surface. On the whole, cleaned tilted collector emerged as the best performing collector owing to maximum incident solar radiation and much more 1.869% and 2.621% yearly energy gain received over that of the horizontally mounted collector compared 0.849% and 1.594% recorded by the soiled collector. Overall global radiation index obtained by the cleaned and soiled collectors revealed an appreciable coefficient of 0.9899 and 0.9825 for cleaned collector and 0.9992 and 0.9918 for soiled collector over the values obtained from the horizontally mounted two collectors. However, the researcher developed several theoretical models for computing optimum tilt angle employing latitude and trigonometrical functions in several locations and metropolitan towns in Sub-Sahara Africa and Mediterranean region. This was actualized on the basis that at solar noon, which indicates the period the maximum incident solar radiation, is received on any location on Earth for the day; thus, hour angle is equated to zero at solar noon period. From this established solar energy truth, the hour angle at the sunrise and sunset for an inclined surface was assume to be zero for solar PV module; which brought the established monthly and yearly model for computing optimum tilt angles and maximum incident solar radiation models at Solar Noon across the selected Sub-Sahara Africa and Mediterranean region in this study. A rigorous statistical efficiency analysis of the observed datasets over the predicted datasets for estimating optimum tilt angle using MBE, MPE, RMSE, RRMSE, R2 and GPI. The results revealed that quadratic models fitted the observed datasets compared to the linear model. Similar statistical analysis was carried out on the best performing quadratic model in selected metropolitan towns in Sub-Sahara Africa and Mediterranean region in comparison with four established empirical models, four isotropic and three anisotropic models in literature; the quadratic model fitted equally performed excellently in terms of accuracy compared to the eleven models obtained from literature. However, the developed optimum tilt angle and maximum incident solar radiation models for Sub-Sahara Africa and Mediterranean region were employed for estimating the parameters across the globe using datasets from NASA database; and the result yielded high performance capacities.

Samuel is currently pursuing graduate program in Physics Department, University of Calabar, Nigeria. He is an expertise in renewable energy and animal genetics and breeding. He is a passionate researcher dedicated in publishing sacrificial international papers with special focus in Nigeria and developing countries. His affection for research work has enable him to publish over 28 international papers in reputable journals with 8 papers appearing in Elsevier journals, in the area of renewable energy, and genetics and breeding in the field of agriculture from 2015 to 2019. He has appeared among 100 recognized Elsevier Nigerian authors in 2017 Scopus evaluation.