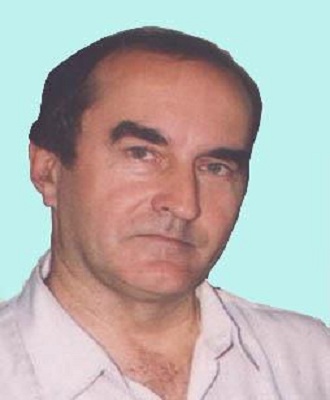 Abstract: It is shown that the evolution of dissipative structures on the Earth, which include, amongst other things, living organisms and superorganismal systems, obeys a fundamental principle–Ziegler’s principle of maximum entropy production. However, when a system approaches its stationary state due to the exhaustion of the free energy available to the dissipative structures of the planet, evolutionary changes are replaced by the relatively slow processes of the optimization of the homeostasis of the emergent structures. At this stage, Prigogine’s principle of minimum entropy production becomes the main principle. It is shown that humanity found itself in this situation at the present stage of the Holocene, facing the inevitable need for rational use of the resources available to us. A similar rationalization was already implemented by Nature at the end of the previous stage of evolution (in the absence of man) based on the ability of biota (which developed over billions of years) to regulate and stabilize the biosphere of the planet. Therefore, at the present stage of evolution, B. Commoner’s law of ecology is manifested: nature knows better. It has been demonstrated that humanity is already in the situation of the operation of this law. Over the past two decades, the so-called “green economy” has emerged—a direction in economics in which it is believed that the economy is a dependent component of its natural environment and is a part of it. In particular, it is shown that the use of “green farming” is expanding in the field of agriculture and the associated water sector (especially in the arid and semiarid regions of the planet). These agricultural technologies are characterized by more economical methods of tillage: a partial or complete rejection of dump plowing, a lack of vertical mixing of the arable layer, minimal soil disturbance by agricultural machines, and mandatory soil mulching (no-till or mulch tillage) in order to preserve soil moisture and reduce soil erosion. The system of zero tillage (no till—no interference with natural soil formation processes) is a modern farming system in which the soil is not cultivated and its surface is covered with specially shredded plant residues—mulch. It is illustrated that at present, no-till technology is being introduced in various regions of the planet. The use of green farming technologies leads not only to rationalizing the use of energy and soil resources, but also water resources, the situation with which is becoming increasingly tense for human civilization.

Dr. Gusev graduated the National Research Nuclear University, Moscow in 1972. He got a doctorate in Hydrology at the Agrophysical Institute (St. Petersburg) in 1980 and a doctorate in Biological sciences in Soil Science at Moscow State University in 1993. He currently works at the Institute of Water Problems, (RAS, Moscow) as head of the Laboratory of Soil Water Physics. He is the author of 3 monographs and more than 130 articles in SCI journals. For scientific activity, he received awards from the International Academic Publishing Company "Science / Interperiodica", the American Biographical Institute, the International Biographical Center, etc.