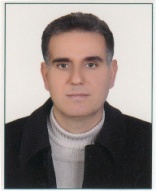 Abstract: Among the top investigations in solid state chemistry, Metal-Organic Frameworks (MOFs) are the class of promising materials that have attracted tremendous amount of attention in the past two decades. MOFs are regarded as a subclass of coordination polymers (CPs), which are constructed by the self-assembly of metal ions or metal clusters linked together by organic ligands containing multiple binding sites oriented with specific angularity generating structures with permanent porosity, high specific surface area and tunable topology. MOFs can be used in different fields such as gas adsorption, separation, catalysis, sensing and drug delivery. Possessing the merits of permanent and tunable porosity makes them one of the recent hot research areas. So in this work we present special metal-organic frameworks properties on sustainable application such as their catalysis, heavy metal removal, gas separation and storage.