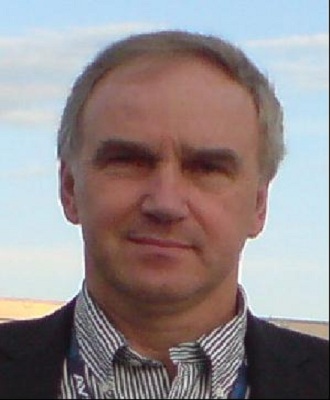 Abstract: The increasing demand for energy consumption worldwide and environmental issues trigger the development of green, renewable energy sources. These demands can be potentially met by organic photovoltaics (OPV), which, in its turn, relies on design of individual building blocks of OPV devices. In this context, two novel concepts of an electrode buffer layer (EBL) materials are presented. The first concepts deals with a polymeric compound PDTON, which can be utilized as a ‘universal’ electrode (either for anode or cathode) buffer layer material. Depending on the preparation procedure, PDTON forms two kinds of nanospheres, serving as building blocks and defining the morphology and properties of the respective materials, which exhibit either hole transporting or reducing electrode work function properties. The second concept deals with a redesign of ZnO, serving usually as electron transport EBL. Establishing a new preparation route, we designed an ultrathin, water-resistant and p-type-like conducting ZnO film serving as a hole transport EBL, solving, thus, the problem of the OPV device stability and making ZnO a ‘universal’ EBL material, analogous to PDTON. Finally, we worked on optimization of organic electronic devices, specifically addressing the energy level alignment between the metal electrodes and adjacent organic semiconductor. For this purpose, we designed novel monomolecular interlayers with embedded dipolar groups. As an example of potential usefulness of this novel class of films in organic electronics, their application in organic field-effect transistors was demonstrated, resulting in decrease of the contact resistance by ca. three orders of magnitude accompanied by significant improvement in the performance and stability of the devices. The high potential of these transistors was highlighted by fabrication of functional electric circuits of their basis.

Michael Zharnikov has received a Master degree (with honor) in Solid State Physics from the Moscow Engineer-Physical Institute in 1981. Afterwards he worked in RSC Kurchatov Institute in Moscow, receiving PhD degree in Experimental Physics in 1989. After 2 post-doctoral stints at the Technical University Munich (1991-1994) and Max-Planck Institute für Mikrostrukturphysik in Halle/Saale (1994-1996), Zharnikov joined the Heidelberg University and become Prof. apl. in 2008. He has published 324 research articles, which have attracted over 9700 citations with a h-index of 50. He also obtained 2 patens and gave over 160 lectures, including 68 invited/keynote/plenary talks at various conferences.