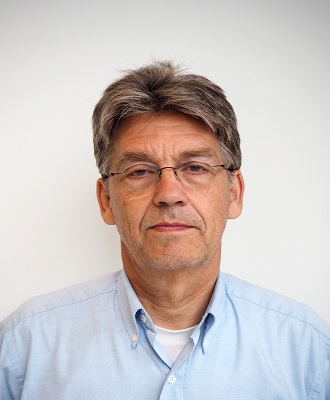 Title : On the synthesis of commodity chemicals from CO2 and sunlight

Abstract: Future global needs for liquid energy carriers, commodity chemicals and renewable materials should no longer be covered by exploitation of fossilized carbon deposits. Therefore, processes are urgently needed that can replace this source of carbon for the production of these materials. The alternative route of production most often referred to is via their synthesis from CO2 (and water), using the (free) energy of sunlight. This process has been intensely studied, particularly during the past decade, and has resulted in a wide range of proposed solutions. However, with the ultimate constraint that a limited surface area will be available on our planet to catch the necessary photons, a picture is emerging that shows that four approaches turn out to be most promising to achieve commercial production of this range of products (see figure below & ref 1). Interestingly, they all exploit living cells to facilitate formation of essential, select, carbon–carbon bonds.

In one approach, photovoltaic cells provide electricity to generate hydrogen that can be used for lithoautotrophy (or: ‘chemosynthesis’) in organisms like Cupriavidus or Clostridium. An alternative approach is to use solar-driven (i.e. large-surface area) photobioreactors for the growth of engineered cyanobacteria, to carry out ‘direct conversion’ of CO2 into products like ethanol, iso-butanol, lactic acid, etc. In a hybrid derivative of these two approaches renewable (solar) electricity may be converted into monochromatic light of ∼625 nm that is optimal to drive photosynthesis in cyanobacterial photobioreactors, equipped with internal LED illumination. Here we discuss strengths and weaknesses of these three approaches, analyze the range of products for which proof-of-principle production has been demonstrated, and compare a selection of such studies with respect to efficiency and productivity of the CO2-to-product conversion. As for all approaches large-scale application is crucial, we also discuss the pitfalls and limitations of their scale-up.

The photoautrophic route of CO2 fixation is characterized by the separate and independent supply of carbon (i.e. as CO2) and (free)energy (i.e. in the form of (red) photons). This has led to the evolution of very specific regulation mechanisms of intermediary metabolism. The implication of these mechanisms for the large-scale application of cyanobacteria in the synthesis of commodity chemicals will be discussed, because they require selected, dedicated, mechanisms of coupling of product formation to growth of the producing cell factories

Klaas J. Hellingwerf (1950) was born in Wijnjeterp (Friesland, The Netherlands). He received his master degree in Chemistry from the University of Groningen in 1975, with specializations in biochemistry and microbiology, and his PhD in Biochemistry from the University of Amsterdam on “The structure/function relationship of bacteriorhodopsin liposomes” in 1979. From 1978 to 1988 he was staff member of the Biology Department of the University of Groningen. Within this universities' Laboratory for Microbiology he studied anoxygenic photosynthesis in Rhodobacter sphaeroides, in relation to membrane transport. Since the first of January 1988 he holds the chair in General microbiology at the University of Amsterdam. His research focuses on the molecular basis of signal transduction and the ensuing physiological responses in micro-organisms. Light-activated signal transduction pathways play a roll-model function in his research, because they allow unprecedented temporal and spatial resolution of this process. Part of the insight obtained in this research is applied in a project aimed at producing biofuel, which led to setting up the spin-off company 'Photanol BV' in 2008. During these years he has been visiting professor at the universities of San Diego, Beijing, Buenos Aires and Paris, and from May 2004 to 2014 he held an honorary professorship in the Physics of biological photoreception at the “Vrije Universiteit Amsterdam” (VU). As of August 15th, 2015, he is professor emeritus at the University of Amsterdam, but continues scientific activities as CSO of Photanol BV.