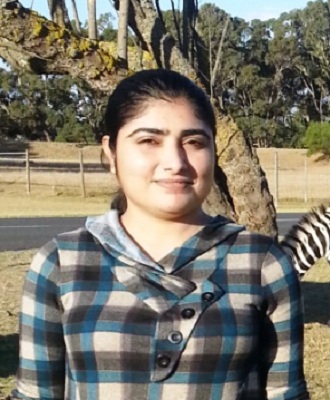 Dr. Shehla Honey is Assistant Professor of Physics at University of Okara, Pakistan. Her research focuses on ion irradiation-induced defects and characterize respective changes in physical properties of Nanowires (NWs), Nanorods (NRs) and Nanotubes (NTs) of metals and other 1D-nanostructures of various materials (e.g., semiconductor, metal oxides etc.) for applications in nanodevices.
During her MS research, she developed a novel, extremely effortless and inexpensive technique for the deposition of absorber layer of solar cell. She was a PhD Fellow at University of the Punjab, Lahore from 2012 to 2017, where she developed the large-scale metal nanowires (MNWs) networks for the first time using ion irradiation-induced nanoscale welding of NWs. She made important early advancement in the development of nanowires (MNWs) networks of various metals for application as transparent conducting electrodes in optoelectronic devices, improving electrical conductivities and optical transparencies. She was awarded fellowships of UNESCO UNISA AFRICA Chair in Nanosciences/Nanotechnology, UNESCO Paris France and fellowship of Nanosciences African Network (NANOAFNET), an ICTP network in 2015.
Her research now focuses on development of new materials for photovoltaic devices to break the conventional limits on efficiency of solar cell and also on energy storage and conversion devices.