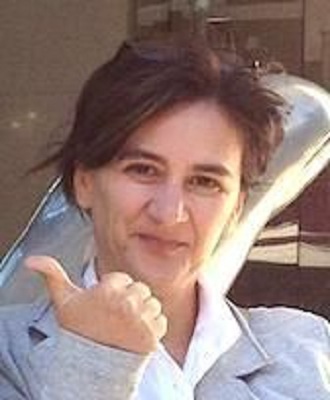 The former Hg-mining area of Abbadia San Salvatore (Siena, Tuscany, central Italy), was one the most important districts of Hg production worldwide, whose activity was closed at the end of the seventies. The exploited ore had a mercury content of 0.6 to 2.0 wt.% and was extracted down to the depth of 400 m. It has been estimated that 103,000 tons of liquid mercury were produced and that about 10,000 tons were dispersed in the environment. The mining activities ended up without any clean-up strategy. This occurred without strict environmental regulations that became State laws in 1999. Since 2008 the former owner (ENI Ltd. - AGIP Division) transferred properties and mining concessions to the municipality of Abbadia San Salvatore. The Tuscany Region issued a regulation for recovering abandoned mining areas. Suited criteria and threshold concentration limits for mercury were established where a high "natural background" was present. Since 2012, a reclamation project in the abandoned Hg mining district started with a geochemical characterization of surface and ground waters, soil, air and mining structures at which hydraulic, cleaning and engineering activities were coupled. The mining areas were divided in 6 sub-areas (lots) in accordance with the local Environmental Protection Agency, on the basis of the type of operations to be performed for reclaiming the mining area. In this paper, we present the actions carried out since 2011 for the remediation process, which is focused on environmental restoration, and has as ultimate aim the site recovery for historic museum and mining park purposes.
Audience Takeaway:
Abandoned mining sites are an important environmental issue.
The geochemical characterization of the different areas where the mining activity developed is important prior any remediation actions.
Remediation activities in mining areas where mercury was exploited and treated are relatively uncommon.

Researcher at the Institute of Geosciences and Earth Resources (CNR-IGG) of Florence (Italy). She received her PhD degree in 2004 in Earth Sciences at the Department of Earth Sciences of the University of Florence. From 2017 to 2019 she was a teaching titular in the courses of Geochemistry at the Department of Pure and Applied Sciences of the University of Urbino. P.I. of bilateral and international projects. Co-author of 70 papers published in peer-review journals.