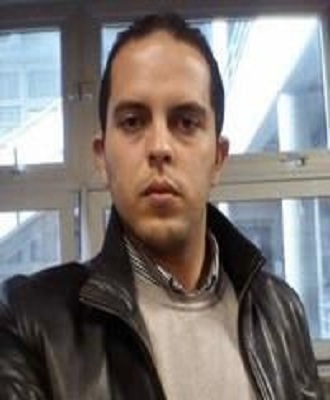 Title : Synthesis, purification and synthesis of silicon carbide for photovoltaic and optoelectronic devices

We designed and produced an electric arc furnace which was used to synthesize particles of silicon carbide. We have succeeded in obtaining particles of micrometric size from the carboreduction of silica. A complete reduction of the silica was obtained for a short period of 120 s under a reducing gas CO at a temperature of 1800 ° C. The SiC obtained has a purity of 97.9927% (1N).
The design and sizing of the furnace as well as the optimization of synthesis parameters will be detailed. We then developed a new procedure for purification of SiC combined with heat treatment and chemical treatment. Analysis by ICP-AES has shown the effectiveness of this purification method. In fact, the purity of SiC produced by carboreductions has improved to 99.999% (5N). This improvement in the purity of SiC is obtained after 10 min of chemical attack followed by a rapid heat treatment at 950 ° C. for one hour. The main objective of this work is the integration of thin layers of silicon carbide in electronic and optoelectronic devices. For this effect, we used SiC synthesized with and without purification as a target to deposit thin layers of SiC on silicon substrates. A comparative study of the effect of purification has been carried out. The electrical, optoelectronic and structural properties of the deposited layers have shown the effect of the purity of the SiC target on the performance of electronic components such as photodiodes, photodetector and photovoltaic cells. In fact, the effective lifetime increased after the deposition of a SiC passivation layer on the silicon substrates. As the purity of the SiC target increases, the speed of recombination decreases and the passivation of Si by silicon carbide is better. The electrical study of the metal / SiC / Si structure has shown that the ideality factor is closer to 1 and the series resistance is much lower when the purity of SiC is better. The photoelectric properties obtained with the purified SiC targets show that the SiC purification approach before deposition on silicon is promising for integration into future optoelectronic devices. An in-depth study on the electrical properties of intrinsic a-SiC thin films and the applications of this material in contact barrier devices will be presented.
Audience Takeaway:
Audience will learn the details of SiC technologie from synthesis, purification and integration in optoelectronic devices, especially:
Rapid method of silicon carbide (SiC) synthesis using a homemade furnace that interested audience can do it for metallurgical silicon or for SiC.
New and low-cost method of SiC purification, this method can be used by audience with SiC or other semiconductors.
Details of SiC thin films deposition for photovoltaic and optoelectronic devices
This research can be used by other faculty to expand their research or to teach:
Mechanisms of silica’s carboreduction to produce SiC
Design and sizing of electric arc furnace for metallurgical applications
Effect of the purity of SiC target on the performance of electronic components such as photodiodes, photodetector and photovoltaic cells.
Silicon surface passivation
Simplification of semiconductor purification

Dr. Mohamed BARBOUCHE has his expertise in materials science and engineering for solar cells and microelectronics. He obtained an engineering diploma in instrumentation and industrial maintenance. He has a research master degree in instrumentation and measurement and PhD diploma in electronics. He works as an engineer since 2011 in research and technologies center of energy. He works on photovoltaics, microelectronics and fuel cells. He is also the responsible of ISO17025 accreditation of XRD and FTIR characterization laboratories. He is a member of editorial team of scientific journals. He participated to international conferences organization.