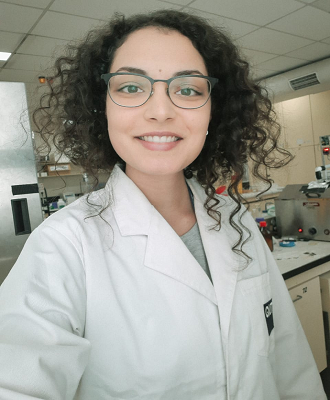 Title : The effect of a 2D gadolinium-doped cerium oxide (CGO) barrier layer on the performance of LSCF/YSZ in IT-SOFCs

Solid oxide fuel cells (SOFC’s) are devices that convert the chemical energy of a fuel directly into electricity and heat. The traditional SOFC operates at high temperatures (800 – 1000 °C) and requires high cost materials to avoid the cell degradation. Therefore, the reduction of the operation temperature to an intermediate range (500 to 700 °C) is desirable. However, the intermediate temperature solid oxide fuel cells (IT-SOFCs) uses lanthanum strontium cobalt ferrite (LSCF) as cathode and yttria-stabilized zirconia (YSZ) as electrolyte materials and these materials can react and produce insulating phases, which can increase the resistance of the cell. To avoid these undesirable reactions, a barrier layer is typically used between the cathode and the electrolyte. Gadolinium doped ceria (CGO) has been recognized as a promising material to be applied as a barrier layer in IT-SOFC. In this work, a barrier layer of a two-dimensional (2D) CGO was evaluated. The 2D CGO was successfully synthesized by a facile and environmentally friendly method, with hexamethylenetetramine (HMTA) as nucleation agent, through a homogenous water-based precipitation route at low temperatures (10 °C) using cerium and gadolinium nitrates as precursors and (HMTA), aged for 4 days. After the aging period, an ink was prepared with the cations solution, using polyvinylpyrrolidone (PVP) as dispersant. The ink was deposited by spin-coating between the YSZ electrolyte and the LSCF cathode. The samples were calcined at 500 °C for 1 h. The number of depositions was studied to establish the optimum coverage of the YSZ electrolyte. The physical, chemical and electrical properties of the as-synthesized material was characterized by XRD, TG/DTA, SEM, TEM, BET and EIS. The performance of the cell with the 2D layer of CGO between the YSZ electrolyte and the LSCF cathode, with a Ni/YSZ was tested.
Audience Takeaway:
•    A facile synthesis of two-dimensional CGO.
•    The effect of a diffusional barrier layer with 2D nanomaterials between the electrolyte and cathode of a IT-SOFC

Msc. Leticia Poras Reis de Moraes graduated from the Pontifical Catholic University of Rio Grande do Sul in 2012. She received her master’s degree in 2015 working with palladium-based electrocatalysts for PEM fuel cells. She is currently doing her PhD at the University of Sao Paulo, on synthesis and application of two-dimensional nanomaterials for solid oxide fuel cells.