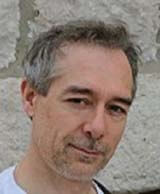 The  perinatal  period  is  characterized  by  developmental  stages  with  high  sensitivity  to environmental factors. Among the risk factors, maternal obesity and early-life pesticide exposure can program infant metabolism and promote obesity at adulthood. We established the effects of perigestational exposure to Chlorpyrifos (CPF) and/or High-Fat Diet (HFD) on respiratory parameters, sleep apnea, diaphragm and ileal smooth muscle contractility in adult rats.

Methods: Four groups of female rats were exposed starting from 4 months before gestation till the end of lactation period to CPF (1 mg/kg/day vs vehicle) with or without HFD. Sleep apnea and respiratory parameters were measured by whole-body plethysmography in male pups at postnatal day 60. Then diaphragm and ileal smooth muscle strips were dissected and prepared for the measurement of contractility in vitro by the use of an isolated organ bath system. Other ileal segments were used for AChE activity assessment, genes expression evaluation, and histological analysis. For diaphragm, measurement of acetylcholinesterase (AChE) activity, and genes expression were assessed.

Results: The perigestational exposure to CPF and/or HFD induced an increase in the sleep apnea index  and respiratory frequency. The twitch tension and the fatigability index of the diaphragm were also increased, associated with reduced AChE activity and elevated mRNA expression of AChE, ryanodine receptor, and myosin heavy chain isoforms. At PND60, CPF exposure induced an increase in the ileal longitudinal and circular muscles contractility. The circular muscle thickness was also increased. CPF exposure was associated with greater expression of the tachykinin (substance P) and the muscarinic m2 acetylcholine receptor mRNA but lower expression of calmodulin mRNA in the ileum. Furthermore, the expression of tachykinin NK1 receptor mRNA was increased in HFD group compared to controls. The exposure to either CPF and/or HFD induced a decrease in AChE activity in the ileum.

Conclusion: Despite the lack of direct contact, early life exposure to CPF and /or HFD could program the risks for altered respiratory performance and diaphragm contractility in young adult offspring. We also identified a disturbed ileal homeostasis that increases the risk of altered gut contractile function at early adulthood.

Dr Jérôme Gay-Quéheillard studied cell biology and animal physiology at the Toulouse University in France and graduated as Master degree in 1994. He then joined the NeuroGastroenterology and Nutrition Unit of INRA in Toulouse and received his PhD degree in 2001 from Paris 7 Denis Diderot University. After three years postdoctoral fellowship at Harvard University in Boston (USA) in the division of endocrinology supervised by Dr Majzoub, he obtained his position of Associate Professor in the PeriTox laboratory at Picardy Jules Verne University in Amiens, France.