After careful consideration, and in light of the ongoing Coronavirus (COVID-19) developments, we’ve made the difficult decision to postpone the “International Precision Medicine Conference” (IPMC 2020)

This event is also going live on the same dates October 19-20, 2020, if you are interested in attending online event— please send a request to get the meeting id at precision@magnus-event.com

The Program of the conference will be same with few changes and your registration and accommodation (if booked with us) will be automatically transferred to the new date, so we very much hope that we will see you in April.

If you have any further queries, please write in to us at precision@magnus-event.com 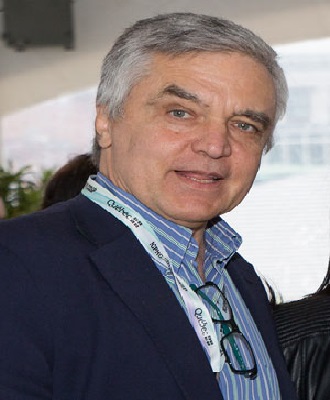 Sergey Suchkov was born in the City of Astrakhan, Russia. In 1980, graduated from Astrakhan State Medical University and was awarded with MD. In 1985, maintained his PhD at the I.M. Sechenov Moscow Medical Academy and Inst of Med Enzymology. In 2001, and then his Doctor Degree at the Nat Inst of Immunology in Russia.
From 1989 through 1995, was being a Head of the Lab of Clin Immunology, Helmholtz Eye Research Inst in Moscow. From 1995 through 2004 - a Chair of the Dept for Clin Immunology, Moscow Clin Research Institute (MONIKI). In 1993-1996, was a Secretary-in-Chief of the Editorial Board, Biomedical Science, an international journal published jointly by the USSR Academy of Sciences and the Royal Society of Chemistry, UK