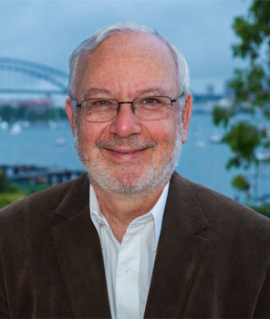 Roy G. Beran is trained as a consultant neurologist and accredited sleep physician, in addition to working within legal medicine, military medicine and aviation medicine.  His qualifications include: MBBS, MD, FRACP, FRACGP, Grad. Dip. Tertiary Ed., Grad. Dip. Further Ed., FAFPHM, FACLM, FRCP, FAAN, FACBS, B Leg. S, MHL and FFFLM (Hon). He is registered with the Australian Health Practitioner Regulation Agency (AHPRA) as a specialist in Neurology, Public Health and Sleep Medicine and has been a Designated Medical Examiner for the Civil Aviation Safety Authority. He has also been a medical assessor for Dispute Resolution for the State Insurance Regulatory Authority and an assessor for the Workers Compensation Commission of New South Wales (NSW). He is a Conjoint Professor of Medicine at the University of NSW; Professor in the School of Medicine at Griffith University, Queensland; and Professor, Chair, Medical Law, Sechenov Moscow 1st State University, Moscow, Russia.  He was the inaugural Visiting Professor at the International Research Institute of Health Law Sciences, at the Southern Medical University, Guangzhou, Guangdong Province, China.

He is a founding Fellow of the Australasian College of Legal Medicine; a Past President of the College, having stepped down in 2011, while remaining on Council, and was awarded the second ever Honorary Life Fellowship of the College. In 2019 he was appointed as ‘Co-Head of Faculty’ to convene and co-ordinate the College’s training courses throughout Australia.   He is the Australian Governor and was the Secretary General and remains a Vice President of the World Association for Medical Law (WAML), having served on the Organising Committee of numerous World Congresses on Medical Law, presided over the World Congress, in Sydney, in 2004, and successfully bid to host the World Congress to be held on the Gold Coast, Queensland, in 2022. He was the first Honorary Fellow of the Faculty of Forensic & Legal Medicine of the Royal College of Physicians (London).

In Neurology, he is a Fellow of the Royal Australasian College of Physicians; a Fellow of the Royal College of Physicians, Edinburgh; Corresponding Fellow of the American Academy of Neurologists; and a Member of the Australian and New Zealand Association of Neurologists.  He is a Member of the Australasian Sleep Association, serving on various committees thereof. He pioneered the conduct of clinical trials and undertaking research within private practice, having been principal author in publications which included leading academic/tertiary referral institutions. He has published in the order of 360 papers, book chapters and letters to the editor, presented in excess of 400 papers at national and international meetings and written or edited 17 books, including ‘Legal and Forensic Medicine’, published by Springer, and is a co-editor of, ‘Legal Liability in Asia and Australasia’, in conjunction with Prof Raposo, from Macau University, also with Springer.  He is on numerous editorial boards, including being the editor-in-chief of the international journal, Medicine and Law, for the WAML.

He was an officer in the Royal Australian Navy Reserve (holding the rank of Commander) and was awarded membership of the general division of the Order of Australia, in 2015.

Title : Precision Pharmacotherapy in the Treatment of Epilepsy - Use of Antiseizure Medications and Therapeutic Blood Level Monitoring