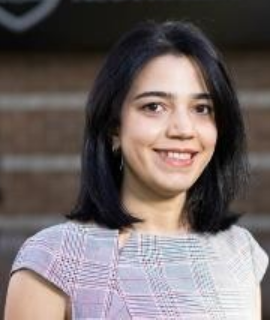 Electrical conductivity plays a crucial role in a wide range of biological applications including biosensors, drug delivery, and in particular tissue engineering. In tissue engineering towards the regeneration of tissues, such as nerves, cardiac, and muscles, electrical conductivity of the scaffolds is essential to provide electrical cues to cells in order to induce and control growth. Moreover, control of these signals is required to facilitate uniform cell growth, proliferation, and differentiation. Among the broad range of biomaterials available, hydrogels are strong candidates for tissue engineering, as they mimic the physical, and topological properties of native tissue. On the other hand, they typically possess poor electrical conductivity. Different strategies have been employed to improve the conductivity of the hydrogels, most commonly the addition of a conductive component, such as metal particles, conductive polymers, carbon nanotubes or graphene-based materials to the hydrogel precursor prior to gelation. Graphene has arguably the best combination of mechanical, electrical, and thermal properties as a 3D conductive hydrogel additive. More importantly, graphene has also been proven to promote cell growth, proliferation, and differentiation. Due to its hydrophobic nature however, graphene is not water dispersible, leading to many researchers to instead use graphene oxide, in which oxygen groups are introduced along the conductive sp2 hybridised structure (often ~45% oxygenated carbons). While this improves the water dispersibility, it does so at the expense of electrical conductivity. Edge functionalised graphene (EFXG) is a new generation of graphemic materials, with both high water dispersibility (~100 mg/ml) and conductivity (up to 8-9 ×104 S/m) due to its unique structure. In this work, we report on the development of 3D printable inks using EFXG:chitosan. The shear-thinning properties of the hydrogels make them ideal for extrusion 3D printing, with the resulting scaffolds being cytocompatible and able to support NSC-34 cells (a hybrid cell line, produced by the fusion of motor neuron from embryonic mouse spinal cord cells with mouse neuroblastoma), proliferation. These scaffolds showed broadly tunable mechanical properties, based on the ratio of EFXG to chitosan as well as high electrical conductivity. Using a ratio of 80:20 (EFXG:chitosan) the conductivity of the hydrated scaffold was ~ 337 times larger than the best previously reported CS:graphene-based composite in the literature, with a young modulus of 2.4 Mpa.

Aida Naseri has received her MSc in polymer engineering in 2013 from Tehran Polytechnic (AUT), Iran. She is currently a last year PhD scholar at Intelligent Polymer Research Institute (IPRI), university of Wollongong under the supervision of Prof. Gordon Wallace. Her research interests include 3D printing, conductive materials, and tissue engineering. Her current research is focused on cryogenic 3D printing and development of novel aqueous based 3D printable conductive inks for nerve tissue regeneration