MicroARNs are biomarkers of cardiovascular events due to Chronic Kidney Disease 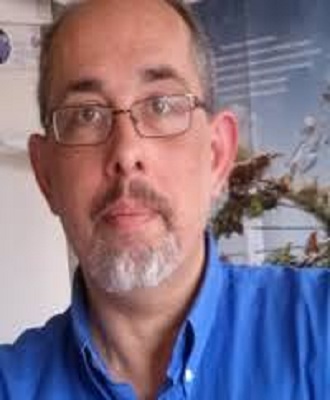 Title : MicroARNs are biomarkers of cardiovascular events due to Chronic Kidney Disease

Cardiovascular disease (CVD) is a major cause of morbidity and mortality in chronic kidney disease (CKD). Better knowledge of the physiopathology of this disease and its underlying genetic mechanisms is needed to improve diagnosis and therapy. The latest research shows a number of deregulations of miRNA in pathologies, making miRNAs possible new biomarkers of CVD associated with CKD. miRNAs are an important, recently identified class of post-transcriptional regulators of gene expression and are known to be involved in CKD. These endogenous, small, noncoding RNAs may have applications as noninvasive biomarkers and therapeutic tools in clinical practice. As will be discussed below, knowledge is sparser in the nephrology field. We and others have published in the last decade that several miRNAs are deregulated during the onset of Chronic kidney disease (CKD) and associated with CVD. Their association with clinical outcomes remains poorly evaluated. We used real-time qPCR to measure serum levels of miR-126 and miR-223 in a large cohort of 601 CKD patients (CKD stage G1 to G5 patients or on renal replacement therapy – CKD G5D) from Ghent University Hospital and 31 healthy controls. All-cause mortality and cardiovascular and renal events were registered as endpoints over a 6-year follow-up period. miR-126 levels were significantly lower from CKD stage G2 on, compared to controls. The serum levels of miR-223 were significantly lower from CKD stage G3B on. When considering overall mortality, patients with levels of either miR-126 or miR-223 below the median had a lower survival rate. Similar results were observed for CV and renal events. The observed link between the two miRNAs’ seric levels and mortality, cardiovascular events or renal events in CKD appears to depend on eGFR. We also tried to reach a proof of concept for a treatment involving miR-223 modulation in a restenosis pre-clinical model. Restenosis consists in a neointimal hyperplasia resulting from progression and migration of vascular smooth muscle cells (VSMC) into the vessel lumen. We assessed the impact of miR-223 modulation on restenosis in a rat model of carotid artery after balloon injury. The over and down-expression of miR-223 was induced by adenoviral vectors, containing either a pre-miR-223 sequence allowing artificial miR-223 expression or a sponge sequence, capturing the native microRNA to inhibit it. Restenosis was quantified on stained rat carotid sections. We found that down-expression of miR-223 significantly reduced neointimal hyperplasia by 44% in carotids, and was associated with a 2-3-fold overexpression of MEF2C, RhoB and NFIA in a murine monocyte macrophage cell line, RAW 264.7 cells. Thus, down-regulating miR-223 could be a potential therapeutic approach to prevent restenosis after angioplasty.

We need new solutions to improve diagnosis and monitoring in modern nephrology and miRNAs are prime candidates to be developed as innovative biomarkers in the early diagnosis and prognosis of patients afflicted with kidney disorders. The development of new pharmacologic therapies enabling the modulation of miRNA levels should be considered to provide possible therapies of most common kidney diseases in an expanding world population of ageing and diabetic patients.

Pr. Metzinger has completed his PhD in Biological Sciences and Pharmaceutical studies in Strasbourg, France and was a postdoctoral fellow from the University of Oxford (UK) in a leading lab on Duchenne muscular Dystrophy. He works on microRNA regulation in the HEMATIM team in Amiens, and focuses on anemia and related vascular disorders associated with Chronic Kidney Disease. He has authored some of the first papers showing a role for microRNAs in CKD and published in reputed journals, including Nature and Cell. He teaches Biochemistry, Genetics and Molecular Biology in the Pharmacy School of Amiens (Université de Picardie Jules Verne).