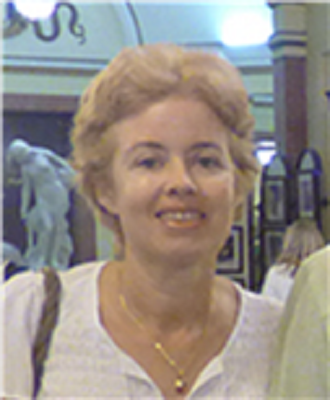 Data about the diagnostic capacity of serum EGF concentrations ([sEGF]) in non-small cell lung cancer (NSCLC), indicative of EGF-dependency and possible response to EGF/EGFR directed therapies, are not conclusive. The cause is mostly related to the lack of harmonization, and even standardization in methodologies for blood processing and separation of sera. The majority of reports do not consider the described dependency between [sEGF] and the time of separation of the sera, neither the type of tubes employed for blood collection, which affects clotting times and thus the release of EGF by platelets. The natural variability among individuals, caused by the single nucleotide polymorphism (SNP) of the EGF gene, has probably also contributed. Methodology: A standardized validated methodology, for the control of confounding factors that influence [sEGF], was established and employed to study the involvement of serum EGF levels in NSCLC. Serum EGF levels were estimated, by an ELISA developed as part of the methodology (Castells et al, 2016), at diagnosis (25 patients) and after the first-line-therapy (18/25 patients), in sera collected 1h and 4h after phlebotomy ([sEGF]1h: circulating EGF and [sEGF]4h: total EGF, as primary EGF concentrations). Several EGF-related variables, obtained by the normalization of primary [sEGF] by platelets count or its combination, with or without normalization, were similarly estimated. Findings: Surprisingly, what differentiates NSCLC patients from healthy individuals is not the total EGF, but instead its higher accessibility in serum, measured through the variables r=[EGF]1h/[EGF]4h, [EGF]1h/platelets/L and ([EGF]4h-[EGF]1h)/platelets/L. There was no correlation between [sEGF] and platelets count in NSCLC patients, presumably because of the effect of thrombocytosis that bias absolute and normalized by platelets count [sEGF]. Conclusion & Significance: The variable ([EGF]4h-[EGF]1h)/platelets/L have enough diagnostic accuracy for the inference of EGF-dependency in tumors/patients and the prediction of possible response to EGF/EGFR directed therapies, before or after first-line chemoradiotherapy. The stratification of patients by this variable should improve its clinical management in both settings.

Audience Take Away:
This research provides a practical solution in the arena of precision medicine in oncology. The presented theory and methodology could be useful to other researchers working with EGF, even for teaching purposes, and those in clinical setting using therapies directed to EGF/EGFR. The audience will be able to implement the presented methodology for the study of serum EGF levels in other epithelial cancers or pathologies that also involve EGF. The listeners will learn a new concept of “high/low concentration” for serum EGF values.  The audience will also know how to employ some EGF-related variables as efficacy biomarkers, using them for stratification purposes. The presented procedure allows the prediction of response to EGF/EGFR therapies in patients, based on the capacity of the described EGF-related variables to suggest EGF-dependency in tumors/patients.

Idania Gonzalez Perez completed her BSc in Physics in Moscow State University, Russia and was graduated as MS in Physics and Mathematics in 1999. She is a Senior Researcher at the National Institute of Oncology and Radiobiology and Associate Professor at the University School of Medicine "Victoria de Girón", both in Havana, Cuba. Member of the International Association of Biomedical Sciences, she has published more than 20 papers in reputed journals and has been serving as Reviewer or occasional reviewer in journals as International Journal of Biomedical Sciences, Journal of Hospital and Clinical Pharmacy, International Blood Research & Reviewers, and Biosciences, Biotechnology Research Asia.