Pathogenicity of cancer alterations when the genotype and expected phenotype do not match: an integrated evaluation of germline and somatic genomic results 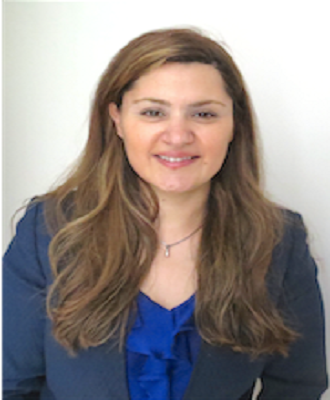 Title : Pathogenicity of cancer alterations when the genotype and expected phenotype do not match: an integrated evaluation of germline and somatic genomic results

Cancer patients present a unique population in medical genetics, as they have two sets of genomes, somatic and germline. Traditionally, somatic and germline genetic findings in cancer patients are separately analyzed and interpreted for therapeutic and cancer risk assessments respectively. However, understanding of genome data from the somatic workflow can be much enhanced when done in the context of patient’s constitutional genetic data. Conversely, the full extent of the consequence of germline findings can be correctly appreciated when they are examined with somatic genetic data in unison. This presentation demonstrates the role of somatic data in determining the pathogenicity of germline findings in cancer patients who do not exhibit the expected phenotype. Findings from our institution on the RET, VHL, and APC germline variants will be presented.  Despite the expected high penetrance of pathogenic alterations in these genes, the patients presented with no personal or family history of medullary thyroid carcinoma, Von Hippel-Lindau syndrome, and APC-associated polyposis respectively. In these cases, somatic profiling revealed additional variants in the genome that provided further insight in understanding the phenotypes. Our findings highlight the role of somatic genetics on the backdrop of patients’ germline genetic make-up in the interpretation of the genome. The robust investigation of somatic and germline genome data from our cases presents a revised penetrance and a wide phenotypic spectrum associated with RET, VHL, and APC. The result emphasizes the need for the integration of somatic and germline genomic findings in individual cancer patients. The interaction between these two sets of genomes enables understanding of tumorigenicity, refined interpretation of germline variants, and revised phenotypical spectrums associated with cancers.

Dr. Ghazani is the Director of Clinical Genomics at Brigham Genomic Medicine, a faculty member at Harvard Medical School and a geneticist at Brigham and woman’s Hospital. Dr. Ghazani’s interests include the integration of somatic and germline interpretation of cancer data. She investigates the relationship between hereditary and non-hereditary genomic variants and their effects on tumorigenicity and medical management. She received her M.Sc. and Ph.D. degrees from the University of Toronto and completed her medical genetics fellowship at Harvard Medical School and research fellowship at Massachusetts General Hospital. She is board-certified by the American Board of Medical Genetics and Genomics.