Role of Gut microbiota in Obesity and Diabetes 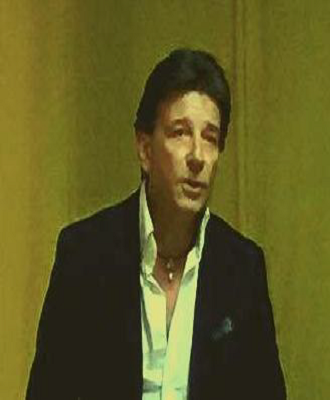 Title : Role of Gut microbiota in Obesity and Diabetes

There is evidence of correlation between alterations of GM composition and several gastrointestinal disorders, as Irritable Bowel Syndrome, Inflammatory Bowel Disease (IBD), Celiac Disease and Colorectal Cancer(CRC), as well as metabolic disorders and brain-related disorders, although GM role in their pathogenesis is poorly understood yet.

One of the major difficulties in GM study is the ability to culture its microorganisms; since GM encodes over 3 million genes producing thousands of metabolites, recent technologies have allowed to phylogenetically identify and quantify GM components by analyzing nucleic acids directly extracted from stools.

Discovery of microRNAs (miRNAs) easily measurable in plasma, other body fluids and stool, led to the hypothesis of their potential role as disease indicators. miRNAs are short noncoding RNA sequences regulating biological, metabolic and cellular processes; miRNAs may also have a role in molecular mechanisms linked to pathways of some diseases, including diabetes and obesity.

Moreover, there is evidence that several miRNAs can have specific effects on gut bacterial growth and influence survival and composition of gut bacteria. For this reason fecal miRNAs, whose profile can dependent on functionally relevant GM alterations, could be used as a new tool to assess microbiota healthiness.
It was also observed as the composition of gut microbiota is different in obese and lean individuals, therefore it has been hypothesized that modification in gut microorganisms might play an important role in the pathogenesis of obesity and type 2 diabetes. Specific bacterial phyla, class, or species or bacterial metabolic activities may be beneficial or detrimental to the onset of obesity and insulin resistance; moreover, the observation that diet can modulate host-microbiota interactions heralds a promising future therapeutic approach.

Through diet, using prebiotics and probiotics, antibiotics and novel procedures as gut microbiota transplantation, encouraging results are apparently achieved.
Additional studies are needed to understand the potential role of miRNAs detection in gut dysbiosis and further research, based on large and long-term clinical trials, will be helpful to evaluate a greater variety of food components in making specific dietary recommendations.

A.M. Carella is Editorial Board Member and Reviewer of several scientific journals and he is Author of several scientific publications; he took part, as a speaker, in several national and international scientific congresses and meetings and he is member of some scientific societies as "Italian Association of Diabetologists" and "Italian Association of Dietetics and Clinical Nutrition". He is registered on Google Scholar, Research Gate, Publons and ORCID; his research areas and field of expertise include Internal Medicine, Diabetology, Obesity and its complications; Nutrition and Metabolism.