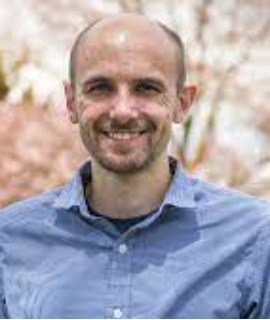 Title : Curvularia and the brain: Case demonstration of optimal management

Background: Curvularia is a ubiquitous fungus found in tropical climates and has been reported to grow on marijuana leaves. Rarely, it can infect humans and propagate from the nasal sinuses into the brain.

Case: A 28-year-old immunocompetent patient presented with history of nasal polyps, headache, and subtle visual deficits on the right. Imaging revealed what appeared to be an invasive mass growing through the ethmoid and sphenoid sinuses into the anterior cranial fossa.

Results: Otolaryngology performed an endoscopic nasal biopsy with pathology and cultures consistent for Curvularia (figure 6). A combination case with neurosurgery and otolaryngology was planned. Surgeons used a bifrontal craniotomy and endonasal approach for gross total resection. Following resection, the patient was placed on 4 weeks of amphotericin treatment followed by 12 months of voriconazole based on recommendations by infectious disease. The patient has been stable since surgery.

Conclusion: Curvularia is a rare but potentially life threatening central nervous system infection that can be acquired from inhalational marijuana use. This illustrative case shows the importance of aggressive debridement followed by broad spectrum antifungal treatment to optimize outcome. With marijuana's increasing popularity, Curvalaria should be included on the differential diagnosis.

Brandon Lucke-Wold was born and raised in Colorado Springs, CO. He graduated magna cum laude with a BS in Neuroscience and distinction in honors from Baylor University. He completed his MD/PhD, Master’s in Clinical and Translational Research, and the Global Health Track at West Virginia University School of Medicine. His research focus was on traumatic brain injury, neurosurgical simulation, and stroke. At West Virginia University, he also served as a health coach for the Diabetes Prevention and Management program in Morgantown and Charleston, WV, which significantly improved health outcomes for participants. In addition to his research and public health projects, he is a co-founder of the biotechnology company Wright-Wold Scientific, the pharmaceutical company CTE cure, and was a science advocate on Capitol Hill through the Washington Fellow’s program.

He has also served as president of the WVU chapters for the American Association of Pharmaceutical Scientists, Neurosurgery Interest group, and Erlenmeyer Initiative Entrepreneur group. In addition, he has served as vice president for the graduate student neuroscience interest group, Nu Rho Psi Honor Society, and medical students for global health. He was an active member of the Gold Humanism Honor Society and Alpha Omega Alpha Honor Society. He is currently a member of the UF House Staff Council, Positive Culture Committee, Quality Improvement Committee, Board of Directors Alachua County Medical Society, and Accreditation Requirements Review Committee. He is married to Noelle Lucke-Wold and has two children.  As a family, they enjoy running with their dogs, rock climbing, and traveling.  In his spare time, Brandon frequently runs half marathons and 10ks together with is wife. Brandon also enjoys reading, playing piano, discussing philosophy, and playing chess. He is currently a Pgy5 neurosurgery resident at University of Florida with pursuing endovascular enfolded training and was awarded the Dempsey Cerebrovascular Research Fellowship.