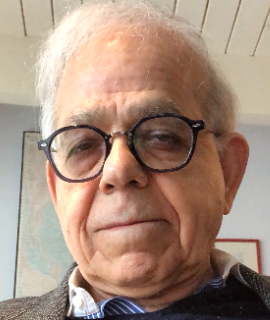 Title : Managing bacterial eradication in disease and survival for life support systems on earth and space

Bacteria like Escherichia coli cause disease but are also useful in resource regeneration. Its UPEC strain causes cystitis, which is treated by gentamicin. The protein Ys, encoded by the rpoS gene, controls E. coli resistance to antimicrobial agents. We discovered that rpoS deletion renders UPEC more sensitive to Gm and other bactericidal antibiotics and proteomic analysis suggested a weakened antioxidant defense as the cause. Reactive oxygen species (ROS) detectors (psfiA gene reporter, and appropriate chemicals) indicated greater ROS generation by Gm in the mutant. When administered with an antioxidant, or under anaerobic conditions (that prevent ROS formation), Gm was less lethal to the mutant. In vivo studies involving treating UPEC bladder infection in mice gave similar results. Thus, oxidative stress produced by insufficient quenching of metabolic ROS accounted for greater sensitivity of the mutant. Gm exposure to other E. coli mutants, missing antioxidant proteins, also resulted in greater ROS generation and bacterial death; these lacked the ROS quencher proteins, (e.g., SodA/SodB; KatE/SodA), or the pentose phosphate pathway proteins, which provide NADPH (e.g., Zwf/Gnd; TalA) required by the quencher proteins. Experiments using a microfluidic device showed that the results applied at a single cell level. Gm’s established lethality in bacteria is due to inhibition of protein synthesis, but UPEC has become resistant to this. Therefore, these findings provide a timely means of restoring Gm effectiveness by weakening its antioxidant defense. Using bioinformatics, several small molecules were identified that inhibit Ys and promise to overcome bacterial Gm resistance. In space flights, astronauts often suffer from cystitis; further, bacterial antibiotic resistance is a greater threat to them as microgravity (MG) impairs human immune response. Bacterial gene regulation can differ in normal vs.MG. However, the “EcAMSat” Stanford/NASA mission showed that Ys controls Gm resistance also in MG. A a free flying “nanosatellite” equipped with a sophisticated microfluidic system was used. It autonomously analyzed UPEC sensitivity to Gm in space flight and transmitted the results to Earth in real time by telemetry. Bacterial multidrug resistance (MR), such as the one regulated by the emrRAB operon and the EmrR protein, is a major public health problem. Antibiotics alter the conformation of EmrR resulting in MR; this too can be controlled by small molecules and bioinformatic approaches. For long-term space flights and space colonization, ecosystems need to be established for resource regeneration and waste recycling, processes in which E. coli plays important roles. Manipulation of Ys levels and the resistance proteins it controls hold the key for stabilizing this bacterium under MG conditions. Several scientists have contributed to this work; they will be recognized in the presentation.

Dr. Matin has been a full professor in Stanford Medical School for several years and is affiliated with several programs, including the Stanford Cancer Research Institute; he elected to become emeritus, July 1, ‘21. His research contributions are numerous, including discovery of new drugs, therapeutic enzymes, and their improvement as well as their specific targeting to cancer (and other diseases). He did his Ph. D. at UCLA, spent some years in the Netherlands (State University of Groningen), where he directed a research group, before joining Stanford. He is recipient of numerous awards and honors. For further information, consult: https://en.wikipedia.org/wiki/A._C._Matin