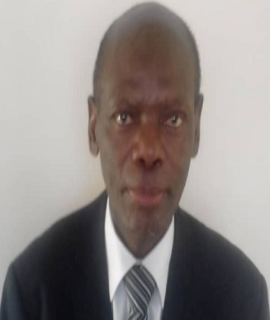 Chronic obstructive pulmonary disease (COPD) is currently considered the third leading cause of death in the world, and its prevalence, especially the milder form, is estimated to be about 25% of adults above 40 years. The main cause of COPD is chronic inhalation of cigarette smoke, and other indoor and outdoor harmful constituents of air pollution.

Airway remodeling is a common feature of asthma but it also occurs in patients with chronic obstructive pulmonary disease. It involves mostly peripheral airways, and to a lesser extent larger airways causing thickening of the airway wall, and narrowing of the bronchial lumen. The airway structural changes lead to progressive and irreversible decline in pulmonary function.

Several chemokines, cytokines, growth factors secreted by activated inflammatory and immune, and structural cells are involved in the airway remodeling process. They include chemokines, namely RANTES and eotaxins; cytokines, including interleukin-1β (IL-1β), IL-6, IL-8, IL-22, and TNF-α; and growth factors, such as TGFβ, FGF, EGFR, and IGF.

Treatment of severe COPD is difficult because of the complexity and heterogeneity of the pathogenesis of the irreversible airflow obstruction due to remodeling. The maintenance treatment of COPD should target all the components of airway remodeling, such as ASM cell hypercontractility, parasympathetic dysfunction, and airway inflammation. The Food and Drug Administration (FDA) has approved single-inhaler triple therapy (SITT) for maintenance treatment of patients with COPD. Long-acting β2 agonists (LABA), long-acting muscarinic receptor antagonists (LAMA), and inhaled corticosteroids (ICS) have potent synergistic and favourable pharmacological interaction, and additive bronchodilator effect. Single-inhaler triple therapy may have anti-remodeling activities in addition to bronchodilatation and anti-inflammatory activity.

Nightingale Syabbalo is a Pulmonologist and Clinical Respiratory Physiologist by training. He obtained his postgraduate training under the mentorship of one of the leading Respiratory Physiologist of our times from St. George’s Hospital Medical School, University of London, UK. He has worked as an academician, clinical researcher, and Consultant Physician in several countries, including Canada, Kuwait, Oman, South Africa, and Zambia. He has published extensively in high impact medical journals. Noteworthy, he serves as an Editorial Member of thirteen medical journals in Pulmonology, Respiratory Medicine and Research, and Internal Medicine, and a reviewer of more than four Respiratory Medicine journals. His current area of research interest is on the role of interleukins in the pathogenesis and treatment of severe asthma.