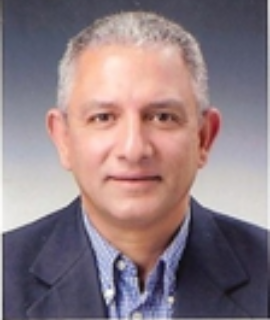 Lung therapies vary between pharmaceutical and physical treatments depending on the nature of the diseases. The latter has gained enormous applications in particular in managing airway constrictions such as during an asthmatic attack.  Pressure oscillation (PO) is a form of acoustic/vibration waves superimposed on the breathing cycle and has been used as an innovative and effective way of treating several lung ailments including obstructive sleep apnea (OSA), asthma and respiratory distress syndrome (RDS). Various mechanisms in different parts of the lung can generate breathing difficulties. As an example, the main driving mechanism for the excessive airway narrowing during an asthma attack is the airway smooth muscles (ASM) hyperconstriction caused by the actomyosin cross-bridge cycling process. This process consists of an electrical stimulation triggering chemical activation followed by mechanical attachment/detachment between myosin and actin. This leads to lumen contraction and then respiratory bronchoconstriction. One of the main current pharmaceutical treatments is based on using beta products to target the chemical process and block the calcium channels for muscles relaxation. However, a series of in vitro experiments and in vivo trials have demonstrated that both tidal and superimposed length oscillations disturb the crossbridge cycling process and reduce the active force in contracted ASM (healthy and asthmatics) for a relatively long term. We further investigated the combined effects of bronchodilators and length oscillations on contracted isolated ASM, with the focus on the muscle conditions subsequent to treatment.  This work suggests that relaxation subsequent to the application of combined bronchodilator and length oscillations is larger than the added effect of each one when applied alone.  This study gives more insight into the role of bronchodilators and oscillations on contracted airways. It demonstrates that PO does trigger lung therapy technologies to improve lung compliance and inflammatory stresses, preserve surfactant function and relax contracted ASM.

Ahmed M. Al-Jumaily, is currently a Professor of Biomechanical Engineering and the Founder and Director of the Institute of Biomedical Technologies at the Auckland University of Technology, Auckland, New Zealand. He holds a PhD and M.Sc. from the Ohio State University, USA and a B.Sc. from the University of Baghdad. He is a FELLOW member of the American Society of Mechanical Engineering (ASME) and the Acoustical Society of America; in addition a member of 11 more international professional societies. He is the Editor-in-Chief of the ASME Journal of Engineering and Science in Medical Diagnostics and Therapy, the Editor for the ASME monograph series-Biomedical and Nanomedical Technologies and has been on the editorial and refereeing boards for several international journals. He has published more than 360 papers in international journals and conference proceedings including two ASME books on Vibration and Acoustics in Biomedical Applications and a third one on CPAP devices.  He has supervised more than 100 postgraduate students from 34 countries in biomedical applications, vibrations, biomechanics, and electroactive polymers. During his academic career, he has forged strong alliances between academia and industries; in particular, in the medical devices area, which has resulted in many successful grants and contracts with companies and research organizations. Al-Jumaily’s current research focuses on biomedical applications, particular interest in the application of vibration and acoustics to airways constriction therapies and artery non-invasive diagnostics.