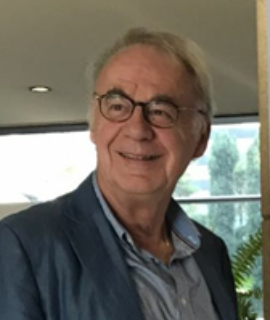 Title : Regulation of asthma with non-coding RNAS used in the context of a nanobiotherapy

Asthma is a complex, heterogeneous and chronic airway inflammatory disease with different clinical phenotypes caused by diverse triggers and pathophysiological mechanisms. Asthma heritability has been established in many genetic studies, but it is becoming increasingly clear that genetic factors alone cannot be held responsible for the development of asthmatic disease. Thus, in recent years, an increasing number of studies have highlighted the important role of epigenetic mechanisms in the pathogenesis of asthma. In general, three main types of epigenetic mechanisms have been identified including DNA methylation, histone modifications and the intervention of non-coding RNAs. These mechanisms regulate the immune responses and inflammatory genes expression in asthma and allergy. The main function of these mechanisms is to regulate the expression of genes involved in the immune response, particularly concerning the inflammatory reactions, at work in allergy in general and asthma in particular. Over the years, we have developed a method using the regulatory potential of non-coding ARNS in the context of a nanobiotherapy to effectively regulate the expression of genes involved in asthmatic phenotypes without triggering any adverse effects. This is a promising new therapeutic approach to a disease that affects a growing number of people worldwide.

Dr. Gilbert Glady graduated from Med School in 1977 and was then a resident in onco-hematology in the university clinic for several years. After a specialization in natural medicines in Paris, he returned to the Alsace region to work as a private practitioner. Through his work and encounters, he developed interest and expertise in immunology and immunogenetics, that leaded him to nanomedicine and nanobiotechnology. He thus became in 2010 the creator of the BI(G)MED method (Bio Immune (G)ene Medicine) and director of EBMA, the European association responsible for the communication and trainings in the field of BI(G)MED. He has participated in numerous international congresses in immuno-allergology, infectiology and oncology with posters and oral presentations, and is the author of several publications on nanobiotherapy in different journals.