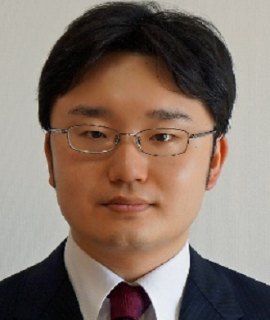 Title : The role of basophils in the pathogenesis of COPD

Chronic obstructive pulmonary disease (COPD) is estimated to affect 174.5 million persons in the global population and is the fourth leading cause of death in the world. It has been generally considered as a non-Th2-type lung disorder, characterized by progressive airflow limitation with inflammation and emphysema, but its cellular and molecular mechanism remains ill-defined, compared to that of allergic asthma characterized by reversible airway obstruction. In a mouse model of elastase-elicited COPD, we identified an unexpected role for basophils, Th2 cytokine IL-4, and interstitial macrophages (IMs) in the pathogenesis of emphysema, in spite of the fact that basophils account for less than 1% of cellular infiltrates in the affected lung. Intranasal elastase instillation elicited the recruitment of monocytes to the lung, followed by differentiation into IMs but rarely alveolar macrophages (AMs). Matrix metalloproteinase (MMP)-12 contributing to emphysema formation was highly expressed by IMs rather than AMs in contrast to the prevailing assumption. Experiments using a series of genetically engineered mice suggested that basophil-derived IL-4, a Th2 cytokine, acted on lung-infiltrating monocytes to promote their differentiation into MMP-12-producing IMs that resulted in the destruction of alveolar walls leading to emphysema development. Indeed, mice deficient for IL-4 only in basophils failed to generate pathogenic MMP-12-producing IMs and hence develop emphysema. Thus, the basophil-derived IL-4/monocyte-derived IM/MMP-12 axis plays a crucial role in emphysema formation and therefore may be a new potential target to slow down the emphysema progression at the initiation phase of COPD.

Dr. Shibata graduated from Tokyo Medical and Dental University (TMDU), Faculty of Medicine in 2008. He then joined the research group of Prof. Karasuyama at the Department of Immune Regulation, TMDU. He received his Ph.D. degree in 2019 at the same institution. He obtained the position of Assistant Professor at TMDU. He is conducting research into the immunopathology of COPD.