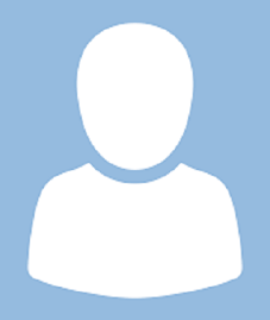 Title : Coupling orbital frequencies as a possible source of very fine radiations in the Universe

The main point of the wave planetology: “Orbits make structures”. However, any cosmic body moves in several orbits with various frequencies. High-frequency oscillations are modulated by low frequency ones with production of side frequencies. The lower side frequencies in bodies terminate by the fundamental wave (wave 1) responsible for ubiquitous tectonic dichotomy (Theorem 1, and others). The higher side frequencies correspond to radio waves for bodies in galaxies (remember radio galaxies) and have to be else higher frequent due to orbiting in clusters of galaxies and in clusters of galactic clusters. Orbiting velocities gradually increase from smaller systems to larger ones: the Solar (star) system (n x 10 km/s) – galaxy (n x 100 km/s) – cluster of galaxies (n x 1000 km/s) – cluster of galactic clusters (n x 10000 km/s, about c/10, c= the light velocity), where n is about 1 to 5 (on average about 3). Each step means enormous increase of the systems angular momenta as their not only velocities but also masses and radii increase enormously. Such ever increased energies and lower and lower orbiting frequencies provoke (modulate) in bodies higher and higher side frequencies. Thus, if a galactic movement gives radio waves, orbiting a cluster of galaxies gives gamma rays, orbiting a cluster of galactic clusters gives the hypothetic medium or isotropic mess of not yet measured very high frequency oscillations (nicknamed “vacuum”). This medium is a real substance where propagate the electromagnetic waves.

It is interesting that well-known radio wave and gamma-ray background observations now are added by soft X-rays emitting from various celestial bodies – from cold comets to the hot Sun and measured by the Chandra X-ray Observatory. Reality of Galactic influence at Earth is seen in changing geological periods and a strict 100 mln.y. Periodicity of magmatism]. Directed changes in the Earth geologic history should be attributed to its Galaxy movement in a cluster of galaxies. The following discrete scheme may be considered. Modulating frequencies diminish (and cosmic velocities increase) from smaller objects to larger ones:

Thus, all cosmic bodies move in several orbits with differing orbital frequencies simultaneously: around planets, stars, in galaxies, in groups of galaxies and so on. Each orbit has own imprint in body structure and many structural features appear as a reflection of modulated side frequencies. The modulation process is the same as in radio wave physics: the lower of two frequencies modulates the higher one by it division and multiplication. Two side frequencies and corresponding them tectonic features appear. Examples are for Saturn, Pluto, Titan, the Moon, Ceres, Phobos, Deimos, Churyumov-Gerasimenko comet core.