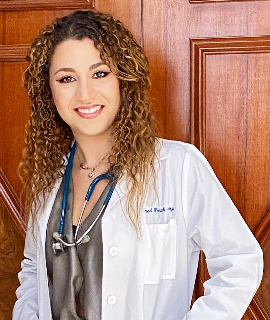 Title : Association between the consumption of different dietary protein sources and the glomerular filtration rate in healthy subjects and in subjects with diabetes mellitus type 2 with and without diabetic kidney disease

Introduction: Type 2 diabetes (T2D) has become a priority health problem. Diabetic Kidney Disease (DKD) is the most common complication of diabetes and the main cause of end-stage renal disease (ESRD). T2D and diabetes complications are associated with a cardiovascular morbidity and mortality, which have a significant impact on economic spending on individuals’ health and quality of life. The last systematic review where the effects of protein restriction on DKD were studied was published in 2009 and included 12 studies; few of them analysed the source of protein (red meat, poultry, fish, or vegetables). The results were not conclusive due to the small size and representativeness of the groups.

Methods: A cross-sectional study was conducted with the individuals of the original cohort of the project “Search for early renal disease biomarkers associated with diabetes”, which consisted of 200 individuals divided into three groups: healthy, diabetic without DKD and diabetic with DKD. The objective of this study was to analyse the relationship between the glomerular filtration rate and the consumption of different sources of dietary protein (animal vs. vegetable).

This research was conducted in collaboration with the National Institute of Genomic Medicine and the National Institute of Nutrition and Medical Sciences “Salvador Zubirán”. The analysis of the total consumption and the different sources of protein was made through a questionnaire of frequency of food consumption, evaluated by Food Processor. Blood and 24-hour urine samples for characterization of renal function and biochemical analysis were obtained.

The normality of the data was analysed through D’Agostino Pearson, and a descriptive, inferential analysis with one-way ANOVA with posthoc of Tukey and correlation of Pearson was performed. All variables were analysed using PRISMA v5.0 considering as significant all estimates with a value of p <0.05.

The average total dietary protein intake was 1.05 gr per day in healthy individuals, 0.81 gr per day in T2D without DKD and 0.89 gr per day in DM2 with DKD, with a predominantly higher consumption of animal protein in all three groups, without finding significant differences among them. A significant correlation was found (p <0.05) between the consumption of total protein (r =0.52) and vegetable protein (r = 0.60) with the glomerular filtration rate in individuals with T2D without DKD. In the rest of the healthy individuals and with T2D with DKD no meaningful correlations were found Conclusions: The total intake of dietary vegetable and animal protein is not related to the prevalence of DKD in this cohort of Mexican individuals. Given the prevalence of DKD, the performance of controlled clinical studies where isoenergetic diets are considered (limited in total proteins, particularly from animal sources) must be contemplated to evaluate and corroborate the results found in this research